Make Up For Ever Smoky Lash Mascara Review + Swatches

You may have at one point or another stumbled upon the latest shiny mascara advertisement, gazing longingly after the model's impossibly thick, perfectly curled, glossy black lashes that seemed to stretch for days. I know I have. I have spent many an hour staking out the fierce jungles of my local makeup stores, hunting for the elusive HG mascara that offers amazing length and volume without the aid of photoshop or falsies.

Will such a product ever be found? Unlikely, but I won't stop searching!

My latest test mascara was Make Up For Ever's Smoky Lash mascara in Rich Black ($22 and Sephora).

My natural lashes, followed by my lashes wearing the Smoky Lash mascara: 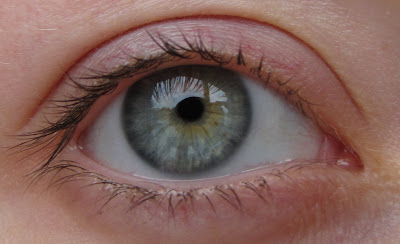 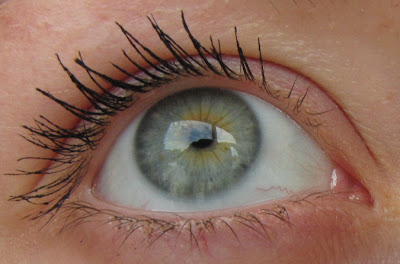 This product makes three claims: to lengthen, volumize, and curl. Let's examine these!

1. Legthening - Check! I can see an improvement in length, though it may be in part due to the way the mascara lifted my lashes.

2. Volume - Upon initial inspection I though Smoky Lash had indeed thickened my lashes, but I quickly realized it was only an illusion; because it doesn't separate individual lashes, the resulting clumping makes it seem that volume had been added. If lashes were separated, I suspect there would be no noticeable change in thickness.

3. Curl - There is a slight curl, though not as dramatic as my current daily mascara, Chanel's Inimitable Intense.

The wand is rather large, which is slightly problematic for me as it makes applying mascara to my slightly down-turned outer corners a bit messy. To many, this may not bee an issue. So far a solid product, BUT. A major deal-breaker for me is that after about 4-5 hours of wear, bits of Smoky Lash flake off and settle below the eye. This isn't insignificant; there is a noticeable layer of black specks under my lower lash line, and if I thoughtlessly rub my eyes I end up with some pretty stellar raccoon eyes. Not cool! For this reason, I think I'll skip Make Up For Ever's Smoky Lash and stick to my tried-and-true Chanel mascara.

PS - The other morning when I decided to swatch this I snapped some pics and hurried out the door to my dance class. Only later had I realized that I had been going about my day with only one eye done, durr.  Hah!
Posted by Unknown at 9:01 AM

Email ThisBlogThis!Share to TwitterShare to FacebookShare to Pinterest
Labels: Make Up For Ever, Mascara, Review, Smoky Lash, Swatch